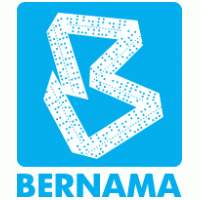 The Global Entrepreneurship Movement (GEM) was officially launched in Kuala Lumpur, Malaysia today. The non-governmental organisation (NGO) providing a networking platform for entrepreneurs from different sectors such as social entrepreneurship, technology, and halal to converge.

“I’m joined on this NGO by community leaders from different networks who will support a strong partnership for Malaysia and our entrepreneurs. We’ve got some incredible entrepreneurs, business leaders and innovators who are present today. They see the promise of internationalising Malaysia and will support GEM’s vision where no one is deprived or denied from being an entrepreneur,” said YBhg. Tan Sri Dr Mohd Irwan Serigar Abdullah, the patron of GEM and Secretary General Treasury, Ministry of Finance.

“GEM will be the first NGO that focuses on connecting, networking whilst fostering collaborations to internationalise Malaysia’s entrepreneurial ecosystem.”

GEM aspires to build, promote, internationalise and connect the Malaysia-based entrepreneurship movement with the world, including the investment sectors, business angels, private equity firms, venture capitalists and the like. It also aims to align with current entrepreneurial initiatives and agencies by bringing them together.

YBhg. Tan Sri Dr Mohd Irwan said, “By placing greater emphasis on entrepreneurship via GEM’s strategic programmes, locally, regionally or at an international level, everyone will be provided opportunities to rise which will ultimately unleash the possibilities of creating jobs, spurring innovation and strengthening Malaysia’s leading position in entrepreneurship.”

GEM is set to invest in a capacity building programme via a two-day hackathon for 300 university students at Gathering of Rising Entrepreneurs, Act Together (GREAT) Kuching in Sarawak on April 2 and 3, 2016. GREAT Kuching is the ultimate gathering for all stages of entrepreneurs, startups and funding vehicles led by the National Strategic Unit (NSU) and the National Entrepreneur Development Office (NEDO), supported by the Malaysian Global Innovation and Creativity Centre (MaGIC). There will also be a year long programme done in partnership with Malaysia Debt Ventures (MDV) to help entrepreneurs who have failed.

According to GEM’S President, Dash Dhakshinamoorthy, “Today, we have people from all walks of industries. Some are startups, some in growth stages and some are in the multi-million dollar revenue stage. However (the) one common thread that runs through the fabric of this group is the desire to make Malaysia the go-to place for launching ventures.

“The government has played a pivotal role for many years to spur entrepreneurship in the country. From setting up the MSC to launching various venture capital funds and also by investing in various agencies to catalyse and grow different clusters of entrepreneurs – grassroots, university entrepreneurship, startups, agri-entrepreneurs, creative entrepreneurs just to name a few. The time has come for independent and private sector players to synergise and weave the ecosystem together by building trust, collaboration and most importantly to be able to dream together to make the Malaysian entrepreneur truly global.”

Membership in GEM is open to students, individuals and companies. Membership fees begin from RM50.